A little while ago, I was approached to speak at a marketing conference for end-of-February in the new Hub Etzion shared workspace.

I was in the middle of other conference insanity, but January Liz was all like, shrug whatevs let’s do it so I agreed. Knowing fully that in another month I’d be presenting a marketing talk about audiences to an entire room of marketers – eight months pregnant.

So obviously last week, end-of-February Liz was like oh crap. I’m eight months pregnant. is that an excuse?!

It’s not. Not for me, not right now. So I’m glad I pulled through and didn’t go the route that comes naturally – opening with a stereotypical female apology, explaining that I need some slack cut considering I’m creating a human, bla bla.

I thought about it. I kept it in my back pocket while developing my talk. But by the time I was on the drive to the conference I knew I wouldn’t go there.

The last time I spoke at a conference, it was when I was pregnant with my second. Interesting, right? It was the beginning, I felt horrible, and was trying to hide it still. So no one actually knew. But I knew I had to pull through.

I’m lucky to live in a culture – especially the Israel -> startup -> Jerusalem scene – where mom-friendly is fairly normal, where even if things aren’t totally ideal, pregnant women aren’t a shock to see presenting at (or organizing) conferences.

I owe some of that to some of the most family-friendly bosses I’ve had in my career here. Including the CEO of my current company, who routinely encourages expansive working motherhood.

Considering I’m about to upgrade from a couple to a bunch (a gaggle? a murder?) of daughters, I’m going to give myself a pat on the back for spending the last year and a half attempting to figure out this whole nursing working mother/pregnant working mother thing. 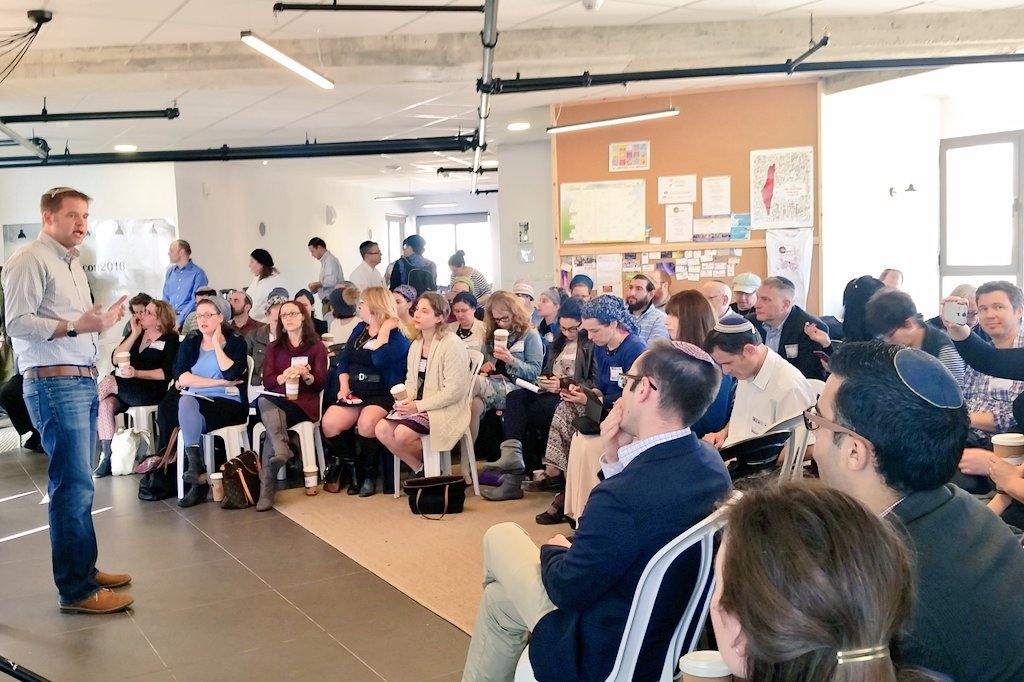 By the way, BlueCon 2016 was a great morning spent with peers (thanks to BlueThread Marketing), and Hub Etzion (founded by women!) is a lovely beginning to something positive and encouraging growing in Gush Etzion.